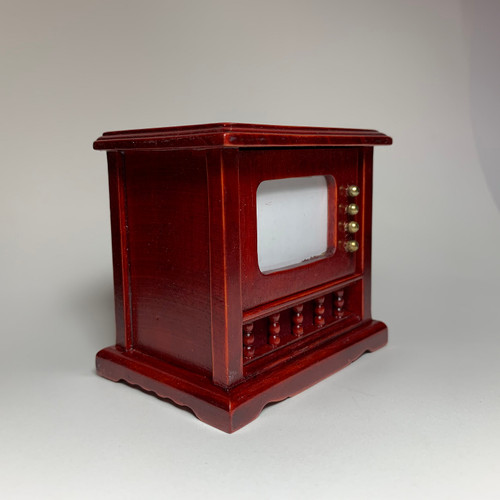 For some fun added detail, I would suggest that you remove the Plexiglas screen, remove the cardboard backing, and install an image of maybe a screen shot of your favorite television show or even an image of a family event (like you are watching a home movie).  Just a thought!

NOTE:  Every television I have received recently have had a slightly "frosted" finish and minor scratches on the Plexiglas screen; however, when I removed the backing film and installed an image I believe the screen flaws only added to the authenticity of viewing a television program without the benefit of HD or cable as was the case during the mid century prior to the advent to cable and satellite options.  My current stock have a white cardboard backing and I cannot tell if these have any flaws to the Plexiglas.

This product hasn't received any reviews yet. Be the first to review this product!